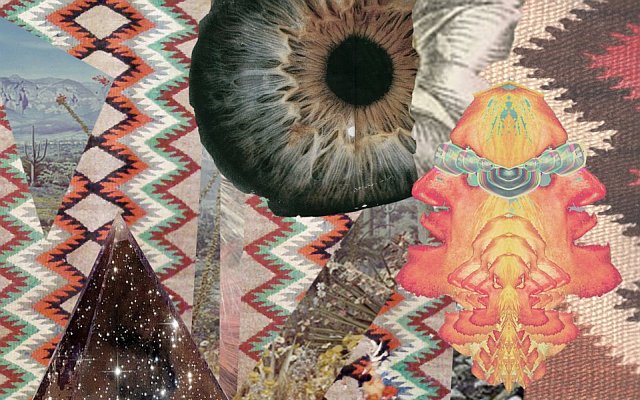 "I wanted this mix to be like a journey through contemporary drone & ambient music, stuff that has highly influenced me throughout the years. Since the nature of the music is psychedelic, I thought it was fitting to start it off with a track by Time Machines (an alias of Coil) that was specifically made to cause you to feel a "temporal slip" or the feeling of time travel, sort of like when you take DMT. The second track is by Axolotl off the album "Trade Ye No Mere Moneyed Art". Although similar in sound to the synthesizers in the first track, Karl Bauer uses a violin to create his drones. After that is a track by Bee Mask off his newest LP, "Elegy for a Beach Friday". I've heard that he wanted his music to be like a gas emanating from your speakers, filling your room, and to me that couldn't be more spot on. Tim Hecker, another favorite of mine, provides some wonderful dark textures with his track "Music for Tundra Part 1". It fades nicely into a beautiful track by Do Tell off his album "Sewn to the Current" which is probably my favorite track on this mix. The sweeping guitar drones against the samples of some guy talking and what sounds like a tropical rainforest just gets me every time. the next two tracks are by Transmuteo off his recent tape "Cymaglyphs". The first provides a great sample of a woman talking about meditation. Then it descends into a relaxing drone by Klaus Wiese off his album "Soma". Klaus creates some of the most beautiful, airy sounds, that will put you in a trance if you let them. Very meditational. After that it ends with two tracks by Quartz Safari, which is a project by my friend Sepehr Nabi of Oslo, Norway and myself. Probably some of the best stuff I've ever had the pleasure of being a part of. Sepehr is an amazing musician, so expect great things from him in the future."